Updates for BlueOnyx have been released which fix SSL certificate and open_basedir issues.

The following updates have been released:

This update fixes the problem that could happen if you have multiple sites with SSL enabled. In such cases it could happen that one or more sites were not comming up via HTTPS and would instead do an endless redirect loop. The cause of it (and the fix) are explained in a devel blog entry in more detail.

This update introduces a somewhat improved and smarter management for PHP's 'open_basedir' directive. The GUI input boxes for 'open_basedir' have been turned into textareas. That makes it easier to see what's entered without much horizontal scrolling. 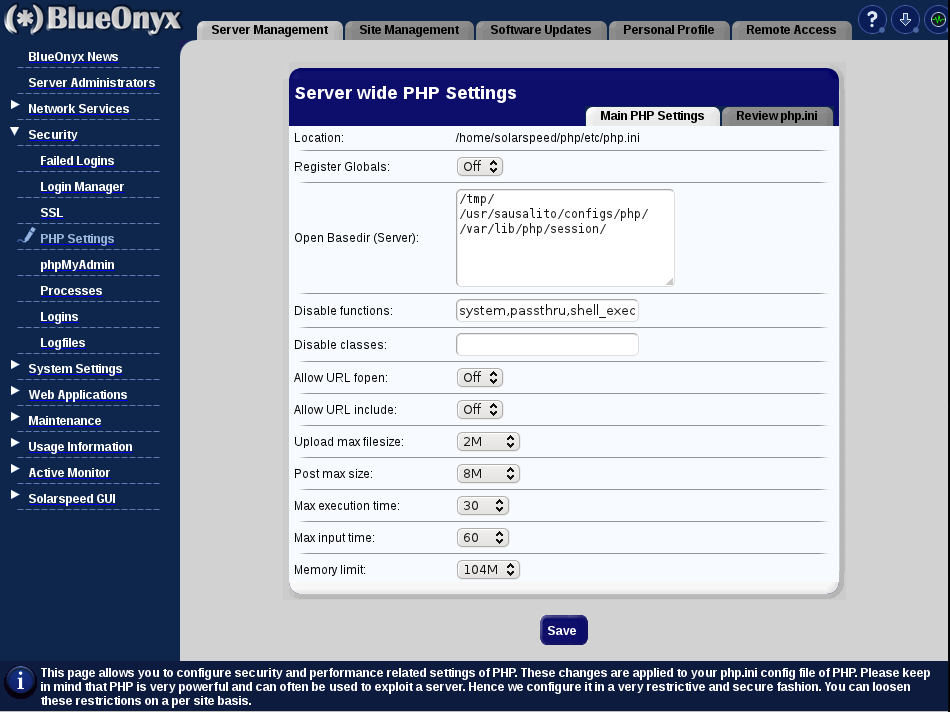 When you look at the GUI pages for the PHP settings of a Vsite, then you see that there are now two presentations for 'open_basedir': 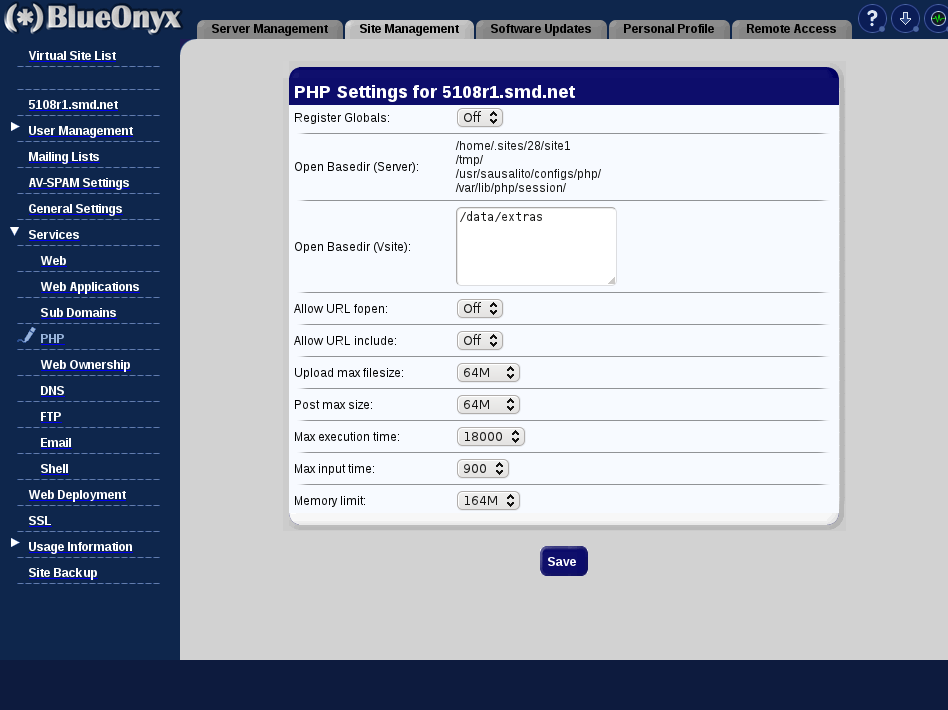 Duplicates are removed, so if you enter a path that's already covered by the server wide 'open_basedir' settings, then it will be stripped. If you enter nonsense that doesn't start or end with a slash it'll be stripped as well. A single slash (to allow access to everything) is permitted, but of course not recommended. These changes are compatible with existing sites, new sites and also apply when sites are imported with CMU.