BlueOnyx 5209R now has a GUI interface to easily manage usage of Docker images and containers via the GUI interface.

As of this time the feature is experimental and needs to be installed manually via YUM.

In order to do so, run the following commands from SSH as root:

That will install the base-docker RPMs, their dependencies and docker-ce. Afterwards you can find the Docker-integration in the GUI interface: 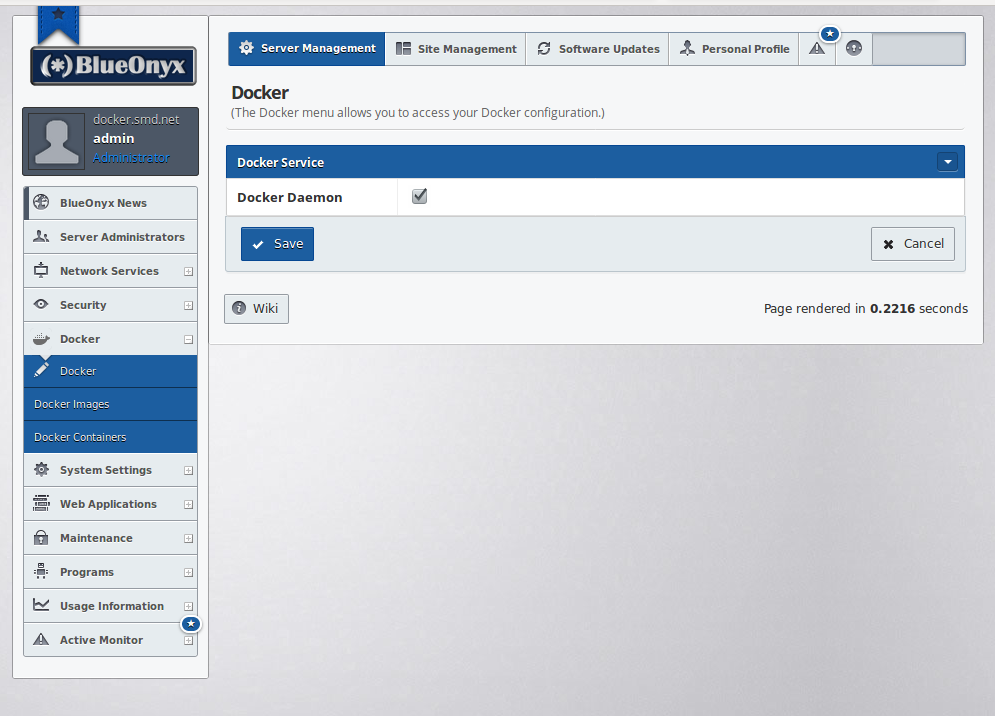 Please note: Docker needs kernel 3.10.0 or newer. Which generally is fine as far as CentOS 7.5 is concerned. However: If you run BlueOnyx 5209R in an OpenVZ 6 or Aventurin{e} 6108R VPS, then Docker cannot be enabled as the used kernel is too old.

Once you have enabled Docker, you can download Docker images from the public Docker Image repository via the Search-button on this page - which shows Docker images that are already installed: 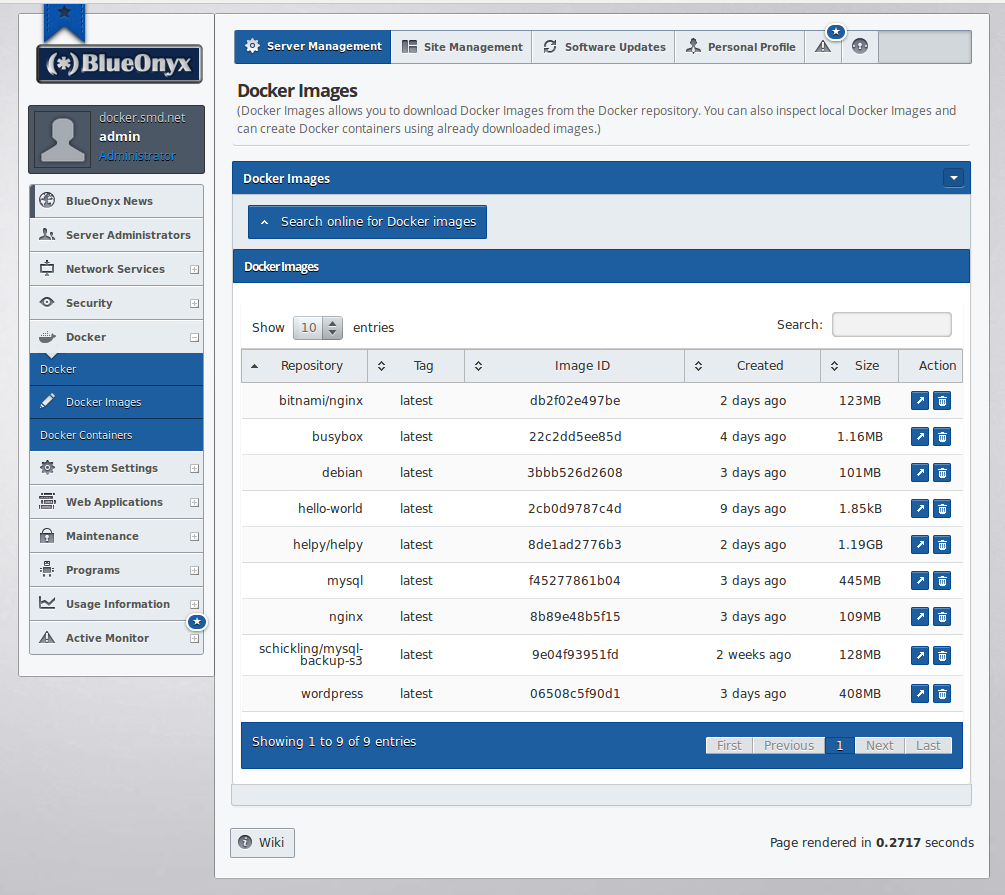 This is a view of the search-page, from which you can choose to download individual images: 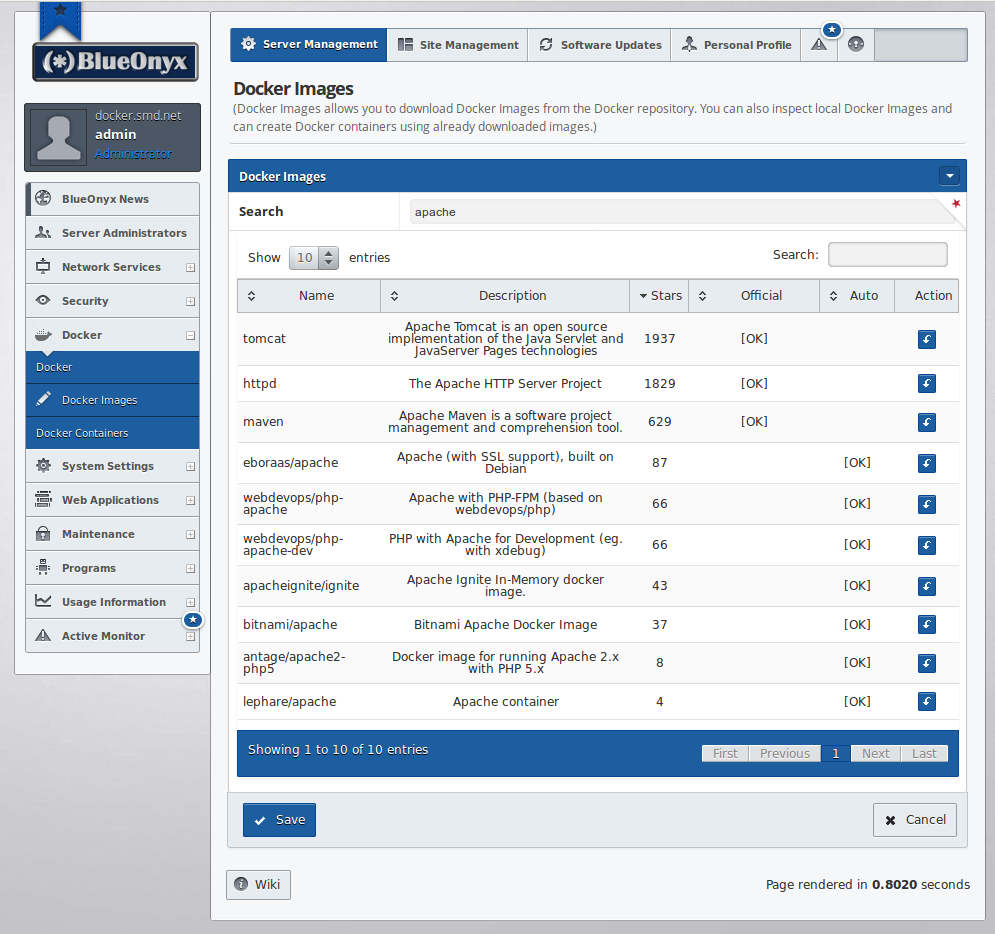 When you choose a downloaded image, you can create a Docker container with it and can specify the name of the container as well as optional "run" parameters: 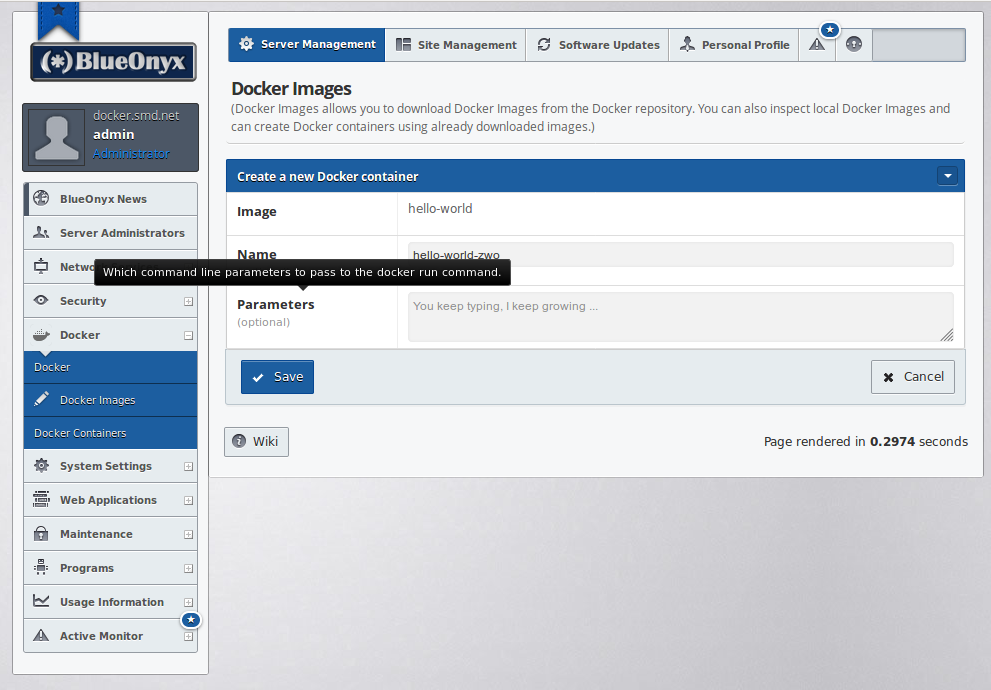 This page shows existing Docker containers and their states. It also allows you to inspect, restart, stop and delete containers: 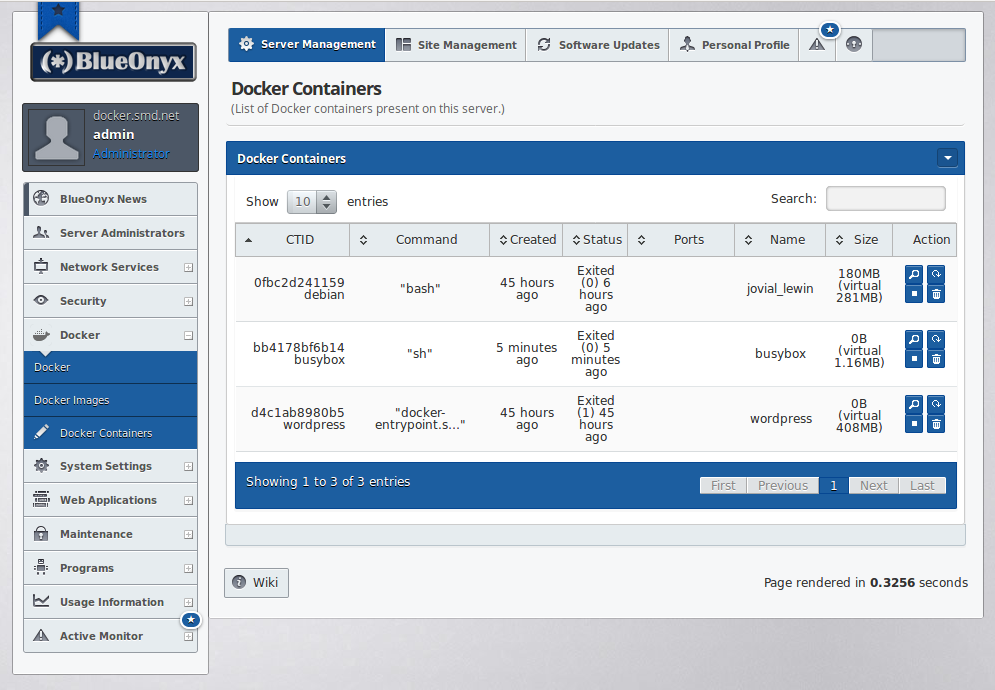 Lastly here is the inspection page, which shows the parameters of exiting Docker containers:

As mentioned: The Docker GUI integration of BlueOnyx 5209R is still a bit experimental. If you already have running Docker containers, then the install of the GUI will allow you to administer these containers and images as well. The GUI uses the docker shell commands to get image and container states as well as to execute Docker specific commands. At this time the BlueOnyx Docker-integration doesn't store anything in CODB except the state of the service Docker itself.